Manchester Airports Group and Ryanair have announced that they have launched a legal challenge calling for transparency in the Government’s handling of its “traffic light” travel system. The move is backed by a number of other major UK airlines.

The aviation businesses say the Government has not been clear about how it has made decisions about the categorisation of countries as red, amber or green.

They say that the current way that decisions are being made is undermining consumer confidence to book summer holidays and makes it impossible for airports, airlines and other travel companies to plan for the recovery of international travel or work with the Government on future reviews, they argue.

“The whole travel sector recognises the critical importance of protecting public health, and we have facilitated every measure the government has required in response to Covid-19.

“That is why we originally welcomed the Global Travel Taskforce’s traffic light system, which the Government said would be based on a ‘a clear and consistent evidence-based approach to facilitate the safe, sustainable and robust return of international travel.’

“However, recent developments suggest that the Government is now unwilling to open up international travel by putting low risk countries on the green list.

“For most countries, the traffic light seems to be stuck on amber for no obvious reason, despite having prevalence rates much lower than the UK.

“The Government is not being open and we simply cannot understand how it is making decisions that are fundamental to our ability to plan, and to giving customers the confidence to book travel ahead.

“These issues must be resolved urgently – and ahead of the review point later this month – to allow everyone to understand how the system operates, and to create the opportunity for international travel to resume to the fullest extent possible over the summer.”

In a Statement of Facts and Grounds document lodged with the Court, the parties challenge the Government’s lack of transparency, particularly around the lack of clear reasoning given for moving Portugal from the green list to the amber list and its decision not to move any amber list countries to the green list.

The court papers say many countries have prevalence rates lower than Portugal when it was classed as green and far lower than current rates in the UK, adding the industry had understood the Government would also treat the likes of the Balearic, Canary and Greek Islands differently to their mainlands.

The Statement of Facts and Grounds states that:

“No information was provided as to why no country had been moved to the green list. A limited amount of data was provided in relation to Portugal but no explanation or assessment of the data explaining the conclusions drawn or thresholds applied. The scientific advice of the JBC and any advice from the UK medical officers was not provided or even mentioned.”

The document adds: “This lack of clarity in the decision-making process is not marginal but fundamental.  Decisions that dramatically affect the Claimant and other industry participants are being made in what amounts to a “black box” with outcomes apparently unrelated to data.  As explained above, the outcomes do not allow the Claimant to infer the basis for the decisions being taken and appear aberrant.”

“The UK’s traffic light system has been a complete shambles from the beginning.

“This go-stop-go-stop policy is causing untold damage to the aviation industry and frustrating and upsetting millions of British families when they see their holiday plans and family visits disrupted by the Government’s mismanagement of international travel.

“We call on Prime Minister Boris Johnson to explain the scientific basis behind this system that the Government seem to make up as they go along and to establish a data-driven transparent model that could restore confidence in air travel ahead of the very crucial peak summer months.”

The application to bring a Judicial Review is based on clear legal precedents which require the Government to explain its decisions and to be open as to what they are based on.

The Statement of Facts and Grounds concludes:

“The traffic light system introduced by the Government to permit international travel is said to provide a clear, risk-based way of assessing whether specific countries and territories present “low”, “medium” or “high” risk. The categorisation of a territory (e.g. as amber rather than green) has a dramatic impact on the Claimant’s business.

“Despite the fact that the Defendant is required to conduct regular, rigorous reviews of the risks presented by individual countries and territories to determine whether the measures remain necessary, and has undertaken to publish the data and information that explain the categorisation of countries, the decisions are in fact being made in a manner that wholly lacks transparency and without such information being published.

It adds this makes it impossible for MAG, or any other travel business, to “make meaningful representations, to plan, or to scrutinise the legality of the decisions.” 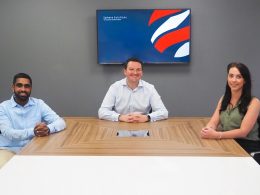 Sphere Solutions Gears up for Growth with New Appointments 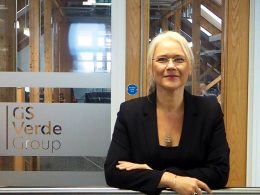 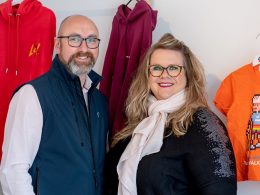 OHM Clothing based in Wiltshire, have raised thousands of pounds over the past year - winning praise from British icon, writer, actor and presenter Stephen Fry.
byChris McColgan
No comments 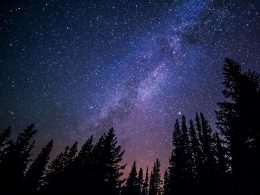 Rolls-Royce has signed an contract with the UK Space Agency for the first study into future nuclear power options for space exploration.
byChris McColgan
No comments